Phil Mickelson’s net worth is estimated at a whopping 400 million dollars. He is one of the most well-off players in golf. Besides his salary and tournament payouts of about $10 million annually. It is also complemented by his endorsements of $50 million a year.

Book A Game On Deemples Today

Phillip Alfred Mickelson also famously known as “Lefty” was born on June 16, 1970. His father, who is a Pilot, taught him golf at their home. Funnily enough, Mickelson is right-handed but plays left-handed, hence the name Lefty, because while his father taught him to golf, he watched and mirrored his style leading to him playing as a left-hander.

Mickelson attended Arizona State University on a golf scholarship and in total won 16 tournaments in his collegiate career. After graduating from ASU in 1992, he immediately turned professional.

Racking up 44 career PGA Tour wins, Mickelson had a long and successful career. However the first 12 years of his career, he ranked in the top 10 finishing lineups 17 times but never managed to secure a major victory despite multiple 2nd and 3rd places, hence being described as the “best player never to win a major”.

Finally in the year 2004, after 13 hard years of hard work. He secured his victory in the Masters with an 18-foot birdie putt on the final hole! Since then he started racking up victories every year. Mickelson is also the oldest ever winner of the AT&T Pebble Beach Pro-Am Tournament at 48 years old. Mickelson managed 3 Masters victories in his career in 2004, 2006, and 2010.

In the U.S. Open in 2006, Mickelson was en route to join Ben Hogan and Tiger Woods as the only players to win three consecutive majors. However, on the 18th hole on the last day, Mickelson needed to make a par to secure a 1 stroke victory. He decided to keep his aggressive playstyle and hit a driver off the tee. Unfortunately, his drive went way left of the fairway and got caught with trees surrounding it. He then tried to play his second shot to the tree but failed miserably and ended the hole with a double-bogey for a tie for second place.

In 2017 Mickelson suffered two sports hernia surgeries, however, it did not take long in his recovery before his return to golf. He manages to play at the Farmers Insurance Open and the Waste Management Pheonix Open the following week. He suffered not achieving any victories in that time but the winless streak ended in 2018 when he bagged a win at the WGC-Mexico Championship with a total score of -16. Mickelson was also a captain’s pick for Team USA at the 2018 Ryder Cup.

Find Your Golf Partners On Deemples

The majority of Mickelson’s earnings came from endorsements rather than prize money at about $50 million. The major companies which Mickelson currently endorses are Callaway, KPMG, Rolex, Workday, Inc, ExxonMobil, and Mizzen+Main. Furthermore, in 2010 Phil Mickelson was treated with the arthritis drug Enbrel and he began endorsing the drug. He was previously sponsored by Titleist, Bearing Point, Barclays, and Ford.

How Much is Phil Mickelson Net Worth?

Phil Mickelson has $87 million in tournament prize winnings and is currently the second highest-ranked golfer in all-time career tournament winnings behind Tiger Woods. He surpassed Vijay Singh in 2015 to be the second-ranked highest earnings in tournament prizes. In 2011, Mickelson was then the second-highest paid athlete in the United States earning an income of over $62 million, with $53 million from endorsements.

His endorsements with major brands played a significant role in putting more money into his pockets. Besides that in 2018, Mickelson won $9 million from his one-off head-to-head exhibition match against Tiger Woods. And as of 2022, Phil Mickelson’s Net Worth is estimated to be around $400 million.

Phil Mickelson is a legend in the sport and will always be remembered for his aggressive playstyle. Arguably one of the best chippers of golf, Mickelson’s short game is one that is positively noted. Most notably his daring flop shots send the ball high into the air for a short distance. He led the PGA Tour in birdie averages in 2013. Phil Mickelson is also inducted into the World Golf Hall of Fame in 2012.

1. What is Phil Mickelson’s net worth

2. How tall is Phil Mickelson?

3. How old is Phil Mickelson?

Phil Mickelson is naturally right-handed but learned to play left-handed from mirroring his father as a young boy. Now, he earned the nickname Lefty because he only utilizes his left-hand skills for golf.

Summary OF Phil Mickelson Net Worth

We hope you enjoyed reading about Phil Mickelson’s Net Worth and his golfing career. Alternatively, here are Tiger Woods’ Net Worth and Jack Niklaus’ Net Worth. Loved this article and want to find more? Check out the Deemples website for more!

Can’t get a golf game in when your friends are not available? Download and join others on the Deemples app! You can host or join games on it so that you’ll never have to golf alone again! There are daily games being hosted by golf clubs and other people. 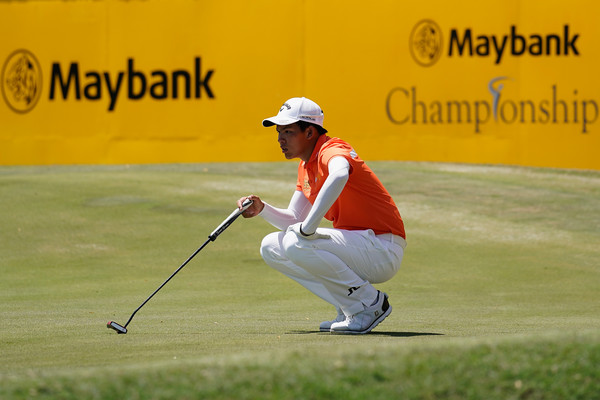 5 Facts about the Maybank Championship You Didn’t Know About

5 Facts about the Maybank Championship You Didn’t Know About