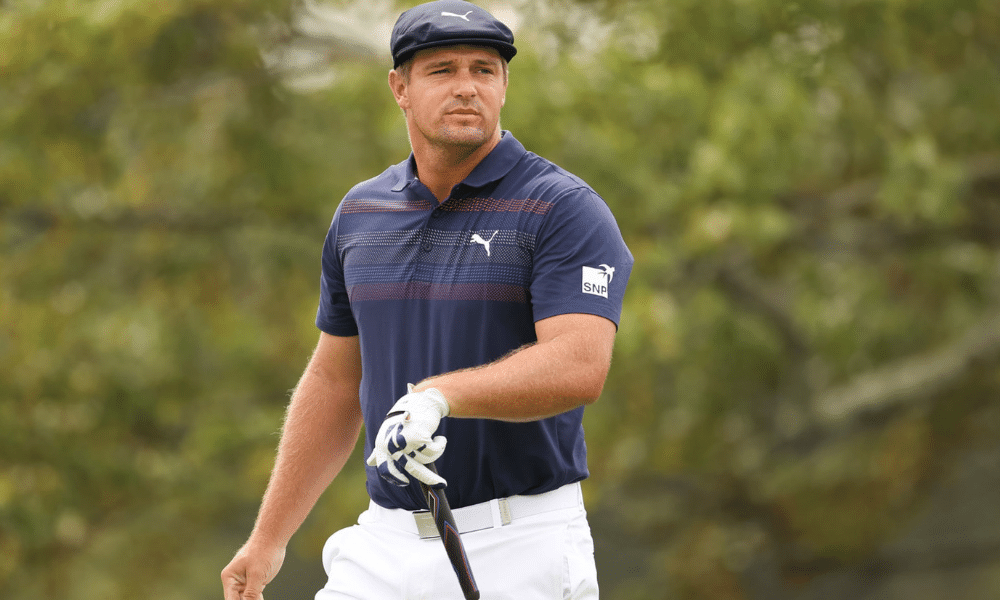 As a golfer, you will have definitely stumbled upon the name Bryson DeChambeau in recent years. Known for his Puma flat cap and his one-length irons, DeChambeau, often referred to as The Scientist or The Mad Scientist, is renowned for his analytical and scientific approach to the game. He has one of the most unorthodox swings. It is not very pleasing to watch but man he can really drive the ball far. You might be wondering what is Bryson DeChambeau Net Worth, well it is estimated to be around $14 million as of 2022.

Book A Game On Deemples Today

Bryson James Aldrich DeChambeau was born in Modesto, California on 16 September 1993. At age 16, he won the California State Junior Championship. Bryson DeChambeau graduated in 2012 and accepted a scholarship to Southern Methodist University in Dallas, Texas, majoring in Physics.

In June 2015, Bryson DeChambeau won the NCAA individual championship by one stroke and became the first SMU Mustang to win it. Later in August, he also won the U.S. Amateur title. He is the fifth player to win both the NCAA and U.S. Amateur titles in the same year alongside greats like Jack Nicklaus, Phil Mickelson, Tiger Woods, and Ryan Moore.

In June 2015 at the FedEx St. Jude Classic, Bryson DeChambeau made his PGA Tour debut as an amateur and finished 45th at the event. Furthermore, he played his first major championship in the U.S. Open at Chambers Bay, unfortunately missing the cut by four strokes. DeChambeau DeChambeau decided to forgo his senior season to play in a number of events before turning professional. At the 2015 Australian Masters in November, he was runner-up with two shots behind the winner. Dechambeau was the low amateur at the Masters in 2016 and he tied for 21st place.

Start Your Golf Journey With Deemples

Bryson DeChambeau immediately turned professional after their Masters’s in 2016. He signed a long-term agreement with Cobra-Puma Golf. Only a couple of days later, he made his pro debut at the RBC Heritage in South Carolina where he tied for fourth. Despite the strong start Bryson DeChambeau had, he did not earn enough non-member FedEx Cup points that season to qualify for a 2017 PGA Tour card. He, however, did qualify for the Web.com Tour Finals. Fortunately, DeChambeau was successful at earning his card through the Finals, thanks to a win at the DAP Championship.

In July 2017, Bryson DeChambeau managed to earn his first PGA Tour victory at the John Deere Classic by the slightest margins at one stroke over Patrick Rodgers. The win helped DeChambeau achieve a place in the 2017 Open Championship. However, he missed the cut after 2 rounds where he was 13 over par.

Bryson DeChambeau had a great year in 2018. He had a few victories during the year and following his win at the Dell Technologies Championship at TPC Boston, he was top of the FedEx Cup rankings with 2000 points ahead of second-place player Dustin Johnson. This secured him top seeding at The Tour Championship. At the Tour Championship, DeChambeau finished 19th out of the 30 participants. As a result, he dropped in the FedEx Cup rankings to 3rd, winning $2 million.

The same year, Bryson DeChambeau was named as a captain’s pick by Jim Furyk for the United States team in the 2018 Ryder Cup. Unfortunately, the Europe team bested them. Bryson DeChambeau went 0-3-0. He lost his singles match against Alex Norén. In late 2018, DeChambeau won the Shriners Hospitals for Children Open in Las Vegas where he won $1,260,000 in prize money. This win soared DeChambeau to number five in the Official World Golf Rankings. Early in 2019, in January, DeChambeau won the Omega Dubai Desert Classic in Dubai and claimed his first European Tour title.

The Transformation To The Modern, Bulky Bryson DeChambeau

In late 2019, The Scientist set out to add muscle mass in order to increase his swing speed to hit the ball farther. He added 20 pounds before the tour’s break due to the Covid-19 pandemic and another 20 pounds during the break. When the tour resumed, he quickly moved to the lead in driving distance.

Up till 2020, Bryson DeChambeau has proven that he was amongst the elite golfers with multiple wins and in August 2020, Dechambeau briefly held a share of the lead during the final round of the PGA Championship however fell short and went on to finish in a tie for fourth. This was his first top-10 finish in a major championship.

Six weeks later, at the 120th U.S. Open at Winged Foot, DeChambeau secured his first-ever major championship. He won with a convincing six-stroke victory over Matthew Wolff. DeChambeau was the only player who went under par in the final round, with a three-under-par. Furthermore, he was also the only player to finish under par for the tournament. With the win in the U.S. Open, DeChambeau became the third player in history, after Jack Nicklaus and Tiger Woods, to win the NCAA Individual Championship, The U.S. Amateur, and the U.S. Open during a career. In addition to the win, DeChambeau moved to number five in the Official World Golf Ranking, matching his previous best.

Bryson DeChambeau’s golf career is only at its beginning. So far he has already bagged 10 professional wins with 8 on the PGA Tour and 2 on the European Tour. Bryson Dechambeau wins include:

Bryson Dechambeau long drive is worth mentioning. In 2021, Bryson DeChambeau had the longest drive in the PGA Tour season. His longest ever drive in the season was a whopping 402 yards which he recorded at the Sentry Tournament of Champions. Although this wasn’t his record-breaking drive, DeChambeau placed 7th in terms of the longest drives of the season. This, however, does not take away from how impressive his drive was, not to mention the rest of his 400-yard drives which he constantly hits from time to time. The longest being a 428-yard which he hit during the 2020 Travelers Championship.

What is Bryson DeChambeau Net Worth?

How much is Bryson Dechambeau net worth? As of 2022, Bryson DeChambeau Net Worth is $14 million. “The Scientist” as he is known, has won multiple titles in his professional career, making it very much believe that he gets paid top dollar. Not to mention, he has one of the most analytical approaches when it comes to golfing which sets him apart from all the other professional golfers. Hence, the name “The Scientist” became synonymous with him. DeChambeau is definitely of the greats of our time.

After DraftKings became the PGA Tour’s first sports betting partner last year, they signed DeChambeau as their first signature athlete. He has appeared in a few commercials for them. He has also partnered with Cobra Golf, a subsidiary of Puma, who have released a DeChambeau collection. In 2018, he announced a partnership with Bentley.

His other endorsements include Bridgestone Golf, Rolex, NetJets, and Bose.

DeChambeau is one of the most unique golfers on the planet. Bryson DeChambeau swing is known as the one-plane swing. Plus, Bryson Dechambeau swing speed is off the charts. He focuses on keeping the factors constant. This way there are not many elements in the swing that can cause errors. This is how he manages to be consistent in his swing. His swing hasn’t changed much but he has been bulking in order for him to increase his swing speed.

The importance of strength and fitness training is crucial for DeChambeau. He isn’t just bulking up, he is bulking up with flexibility. Increased strength and flexibility equal more stability, which leads to better striking. Finally, if you are hitting the ball more squarely, distance will improve via a better ‘smash factor.

Another unique thing about Bryson is the set of irons he uses. DeChambeau’s irons are all the same length. This way there will be fewer changes when he switches from a 4 iron to a 9 iron, only the loft is different. Moreover, he uses jumbo max grips which are much thicker than standard grips.

Moreover, his putter is longer than most golfers as he uses the arm lock method while putting. Although the arm lock method is not the newest idea, it is one that has turned decent putters into great putters. A proven method used by DeChambeau, Matt Kuchar, Keegan Bradley, and Webb Simpson arm lock putter. It works by resting the elongated putter shaft against the lead arm and thus securing the lead wrist. Players will control the putter’s arc with the bigger muscles. DeChambeau has been improving on Tour in Strokes Gained and he was 10th last season and is currently placed 5th.

DeChambeau started the Bryson DeChambeau Foundation in March 2019. The foundation has three goals: promote junior golf, supporting health organizations, and also provide better educational opportunities for the youth. They work with these three organizations: Shriners Hospitals for Children, National Kidney Foundation, and Northern California Golf Association. One of their main fundraising events is the Celebrity Invitational they host every year.

Summary Of Bryson Dechambeau Net Worth

The Scientist Bryson DeChambeau will no doubt continue to innovate and educate the world about his knowledge in golf. The unorthodox methods do make sense and he is proving that it works perfectly well for him. His career is only beginning and there is definitely much to look forward to for DeChambeau.

Another talented young player to look out for is Jordan Spieth. He is playing phenomenally this year and is making a comeback to the top. Read more about Jordan Spieth here.

Deemples is a golf app that allows golfers to connect with other golfers around them. If you are ever alone when you feel like playing golf, you can use the Deemples app to find others around you. This way you get to meet new golfers and form new groups to play with! Download the Deemples app and host or join games today. Never golf alone again!

What is Bryson DeChambeau salary?

So, we now know that DeChambeau is set to make more than $125 million over a four-and-a-half-year deal. That means he is making, at minimum, $27.8 million per season and $3.5 million per event on the schedule

A Major-winner and eight-time career winner on the PGA Tour, Bryson DeChambeau reportedly has a net worth of around $14 million. He currently sits 63rd on the PGA Tour career money list with just over $24m. 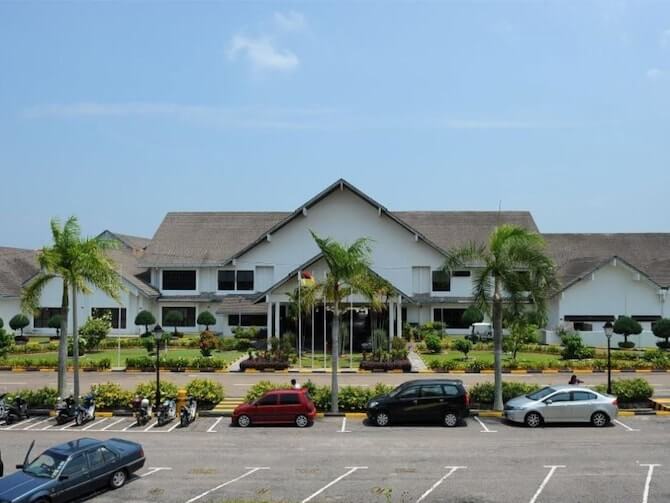 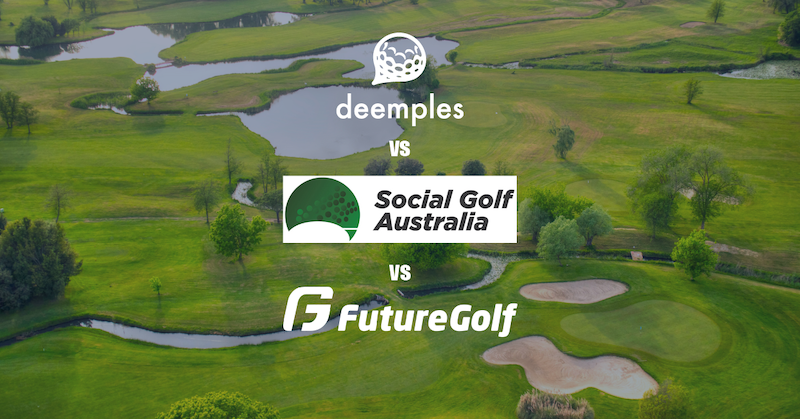 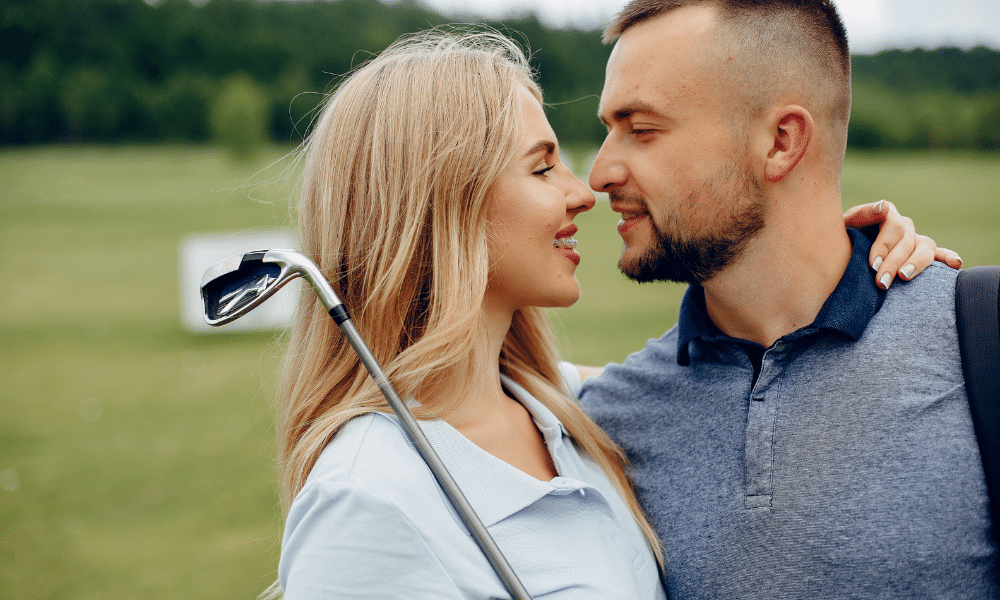 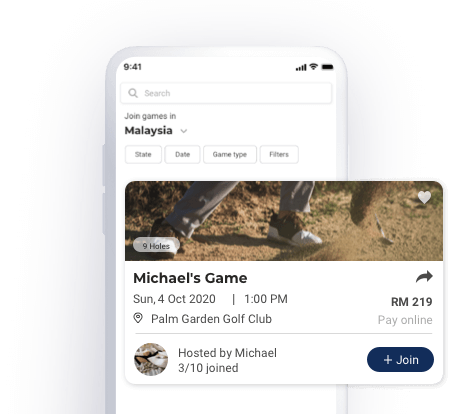