Jordan Spieth is one of the top players in the PGA Tour as of 2021. In 2021, Spieth had a phenomenal golf season where he:

On top of being consistently brilliant, Spieth is also one of the money leaders in tournament winnings at 5th with $5,016,964. He is also a golfer with one of the highest net worths in the game.

Jordan Alexander Spieth was born on July 27, 1993, in Dallas,Texas, to Shawn and Mary Christine Spieth. Coming from an athletic family where his mother was a basketball player at Moravian College, younger brother Steven was a basketball player at Brown University, and father Shawn who played baseball at Lehigh University. Spieth says that his younger sister, Ellie, who has a genetic disorder, is the true star of the family and his inspiration.

Spieth’s first love in sports was baseball, however he gave that up to pursue golf and quickly became one of the most promising junior players. With two U.S Junior Amateur Championships, only the second player ever to win multiple Juniors along with Tiger Woods. Moreover, he was an American Junior Golf Association (AJGA) first team All-American three times.

At 16, Spieth was invited to play in his first PGA Tour event, the HP Byron Nelson Championship where he gained national attention when he was in contention for most of the tournament and ended up tying for 16th. In addition to that, Jordan was also selected to be part of the 2011 Walker Cup team, where he held an undefeated record as a 17 year old. Upon graduating from high school, Spieth enrolled at the University of Texas where he helped the Texas Longhorns win the 2012 NCAA Team Championship in his freshman year and was named first-team All American.

The Start Of His PGA Tour

In 2013, Spieth decided to turn pro in the middle of his sophomore year. He played his way onto the PGA Tour with a T2 at the Puerto Rico Classic and T7 at the Tampa Bay Championship. On July 14 2013, Spieth won his first PGA Tour event at the John Deere Classic. He became the fourth youngest PGA Tour winner. With the victory, Spieth was granted full status as a PGA Tour member and became the youngest ever to play in the United States Presidents Cup Team. Furthermore, Spieth was unanimously named 2013 Rookie of the Year.

In the following year of 2014, Spieth had his debut in the esteemed Masters tournament. At one point Spieth was the leader by two strokes and in position to become the youngest Masters champion in history. Tiger Woods holds the record at age 21. Unfortunately, Bubba Watson retook the lead heading into the second nine and never backed down. Spieth finished in a tie for second with Jonas Blixt, becoming the youngest runner-up in Masters history. His finish at the Masters moved him into the top 10 in the world rankings for the first time.

Following the PGA Championship, Spieth earned selection to the 2014 Ryder Cup team and once again the youngest player in modern golf to do so. With a phenomenal win in The Emirates Australian Open, which made him the first American to win the event in over 20 years. Winning the Hero World Challenge the following week ended his exceptional year.

The 2015 year was Jordan Spieth’s most iconic year in golf to date. He earned five victories and 15 total top-tens. On top of winning the Valspar Championship, he came second at the Valero Texas Open which moved him to a career-high ranking fourth in the world.

At the Masters in 2015, Spieth smashed records with his first major victory! The records he holds here are:

Spieth is the second youngest player to earn a Masters green jacket, next to the legendary Tiger Woods.

Following the Masters, he had another magnificent victory at The U.S. Open Championship at Chambers Bay, claiming his second major victory and becoming the youngest golfer to ever hold the first two legs of golf’s majors at just 21 years old. Jordan Spieth became the sixth player ever to win the Masters and the U.S. Open in the same year, and the first since Tiger Woods in 2002. After that, Spieth ended the year with:

Spieth solidified his position in the 2015 season with his achievements and finished the season at Number 1 in the Official World Golf Rankings and was unanimously named 2015 Player of the Year.

Start Of A Minor Slump

In 2016, Jordan Spieth fell short at Augusta after leading by five strokes in the final round heading to the back nine. He suffered one of the biggest collapses in Masters history. He finished second in the tournament losing by three strokes to Danny Willett. After his Masters collapse, Spieth won the Dean & DeLuca Invitational. He also won the Emirates Australian Open for the second time in three years.

In 2017, Spieth fell short in a few of the earlier tournaments but in his 100th PGA Tour tournament as a professional, Spieth picked up his first victory of the year at the AT&T Pebble Beach Pro-Am, finishing at 19 under. In the year he only won the Travelers Championship and the 2017 Open Championship.

Since then, Spieth went through a victory drought and hasn’t won a single tour event. His ranking in the FedEx Cup slowly descended from 2nd in 2017, to 107th in 2020.

The Comeback of Jordan Spieth!

Jordan Spieth started the year strong in 2021 with multiple top-5 finishes. He played his way to his 12th PGA Tour victory and 15th global win at the Valero Texas Open. Moreover, he tied 3rd in the 2021 Masters! Trusting the process and gaining confidence in himself was a key factor that helped him be the comeback kid! Already one of the best young players on the tour.  With his recent performances, there is no doubt that Jordan Spieth will ascend to the top again!

The three time major winner is currently worth a whopping $110 million. The 27 year old is also one of the highest-paid athletes in the world. Spieth has earned upwards of $40 million from PGA winnings alone. Between June 2017 and June 2018 year alone, Spieth earned $42 million from salary and from endorsements. In 2020, Spieth ranked #52 on Forbes’ World’s Highest-Paid Athletes list, raking up $27 million in just half a year.

Since he made his debut to the PGA Tour in 2013, he partnered with Under Armour for sponsorship in January 2013 and BioSteel Sports Supplements in March. Due to his meteoric rise, Under Armour offered Spieth a 10-year deal in 2015. Moreover, he is endorsed by AT&T after he won the Rookie of the Year in 2014. Spieth is also associated with other top brands like Rolex, Titleist, and NetJets.

Inspired by his sister Ellie, Jordan fulfilled a lifelong dream by launching the Jordan Spieth Family Foundation. They provide financial assistance and a platform for supporting children with special needs, military families, junior golf programs and the most recent addition, pediatric cancer.

They support junior golf because it helped Spieth transition into a professional on the Tour and pediatric cancer because Spieth lost a friend to the disease.

Spieth is undoubtedly one of the most talented young athletes in the world. With numerous accolades and awards to support that statement as well. Before Spieth won the Masters in April, a few PGA Tour players, who took one look at his pinch-able face, impeccable manners and bulletproof game and anointed him the “Golden Child”. Yes he did have a minor slump in his game but that did not weigh him down. Spieth is making an incredible comeback and it will be exciting to see what he is going to achieve throughout his career. Definitely one of the best golfers in the world.

If you are wondering what Tiger Woods’ net worth is, you can check it out here. Besides that, Phil Mickelson has had a full golfing career as well, and has one of the highest net worth in the game, check out Phil Mickelson’s Net Worth.

Over here at Deemples, we are a golf app company that enable golfers to reach out to other golfers. If ever your golfing buddies are not available, you can hop onto Deemples and look for others to play with. Download the Deemples app and host or join games today! Never golf alone again! 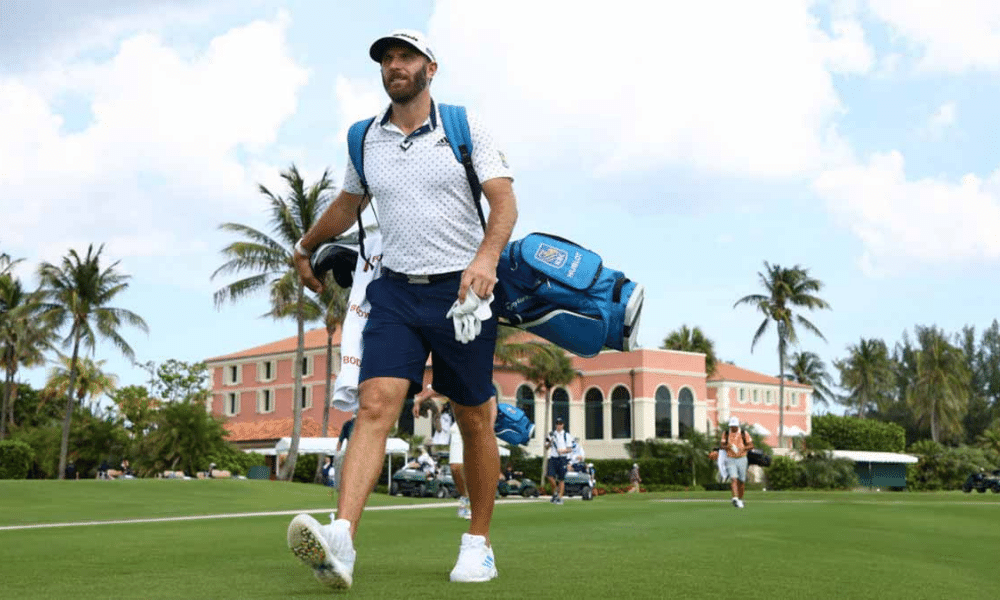