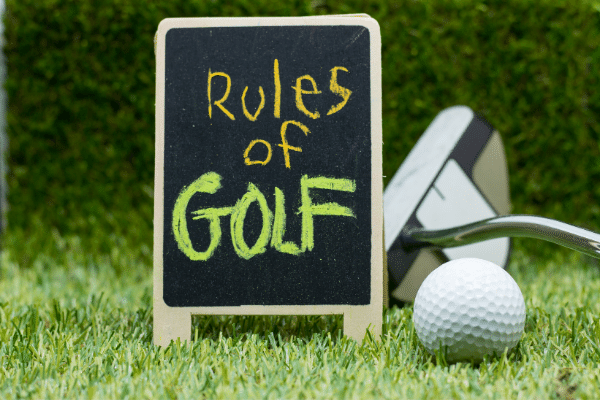 Hello everyone! Did you know that there has been an update on the golf rules that were issued by the USGA? Here at Deemples, we would like to explain the golf rules changes. And how they will affect your game in the future. Now your friends can’t cheat their way out and you will be the rightful winner of that $20 bet pool.

Golf Rules That Been Changed –

Stroke play is a type tournament format to rank golfers from the fewest strokes hit to complete the whole tournament. A stroke in golf means that anytime a golf club touches the ball, it is considered a stroke.

It is important to note that for any participant who joins a stroke play formatted tournament, there are several rules that they will need to follow. Notably, a marker will have to record the number of strokes you take to complete a hole. At the end of the match, you will need to cross-check the scores. If everything is in order, the marker will have to certify your scorecard.

It is your responsibility to record your own scores during the match. Check with the marker during or after the match so there won’t be any discrepancies at the end of the match. You will also need to make sure the marker certifies your scorecard at the end.

It is also important that you hole out during a stroke-play match. Hole out means that you will need to complete the hole by putting the ball into the hole. Failure to do so will result in a void in your score and you will be disqualified.

This issue is very common in Malaysia. Due to the weather conditions like heavy rain that we have in Malaysia, there is a chance that you will often get an embedded ball or “Plug ball” on the soft fairways or rough.

There are some friendly matches you play with your friends, they will just ask you to pick it up, or they will say we are playing the “Winter rules”.

However, the USGA and cleared it up once and for all. Regardless of where you are, as long as you have an embedded ball on a fairway or rough (except sand), you will be able to pick up and reuse the same ball. Or a substituted ball and drop within a club’s length (but not nearer towards the hole).

This reasoning is because having to play a ball that is stuck in the soft or wet ground should not be considered part of the normal challenges of playing on a golf course.

Procedures towards taking a lateral relief

If any golfer has hit the ball into a red stick hazard area, where the golfer needs to take a relief drop, the procedure of that is based on a reference point. The golfer must identify a relief zone which is usually 1 to 2 club’s length from that point.

The golfer will then proceed to make a drop and if the ball rolls into the zone after the drop, the golfer is unable to touch the ball, because it would be considered a stroke, which the golfer should proceed to hit the ball.

Back-on-the-line relief usually refers to the ball going straight into a water hazard or out of bounce area. The golfer can estimate the point of the edge of the penalty area.

Where your ball last crossed and extends behind to the penalty area as a line, you can go back as far as you like. Drop a ball within a club’s length. According to the USGA, a club’s length is usually the longest club in your bag.

Putting green rules differs from the other parts of the golf course. Because golfers are supposed to hit their ball along the putting green ground. So, it is important that golfers must repair any damages caused by ball landing. Or shoe damages, club and flag damages, or animal damages.

The exception to this is that golfers are not allowed to repair aeration holes, the natural wearing of the green, and natural surface imperfections. This means you can now fix the green surface even if it is on your putting line.

Rules changes on the line of play on the putting green

In a penalty area that you have given yourself a relief drop. The golfer is now allowed to ground your club and also move any loose impediments that are surrounding your ball.

This is particularly good in Malaysia because the trees surrounding the courses usually drop a lot of leaves. And now you can push them away and aim for a clean shot on your ball.

Unplayable embedded ball on the “lip” of the bunker

This is a new rule if the player’s ball has been embedded at the “lip” of a bunker. The golfer has an option to use the back-on-the-line rule. And place it outside the bunker further away from the flag. However, the player will have to take a 2-strokes penalty if they chose that option. A tough decision indeed.

A golfer getting putting line advice is very common. However, from the moment the golfer decides to set up the putt until the putting motion.

The caddy is not allowed to stand behind the putting line or anywhere near the ball to aid the lining of the ball path. The golfer will need to rely on their own alignment skills and judgment to putt.

This is a rule by the USGA encouraging a prompt pace of play. They recommend golfers to get themselves prepared and ready to hit their ball even if it is not their turn yet. The term “Ready Golf” is also to get golfers that are out of turn to hit their ball in a safe and responsible manner to maintain the pace of the golf flight.

They also highlight that hitting a golf shot should not take any longer than 40 seconds. The USGA also would like golfers to recognize that their pace of play can affect other golfers behind them.

We all have our bad day or even a bad hole when we play golf. It is the nature of the sport. However, an extension to the previous point about pace of play, a golfer’s score for each hole can be capped at a maximum score set by the committee or between your friends.

The maximum score can be fixed in advance like a triple bogey or double par. A golfer “picking up” their ball without finishing could also be given the maximum score rather than get disqualified under the stroke play format. This will definitely help the pace of play for each golf flight.

Out of bounds or lost ball

Previously, if a golfer lost their ball in the hazard area, or hit into the “OB” areas, golfers will have to return to the tee box and hit another ball. This rule has been amended. A new rule states that if a golfer’s ball is lost or went out of bounds, they can hit their shot from their relief zone.

Which will result in a stroke penalty or 2 stroke penalty if they want to hit it from the fairway. It is useful to note as well that they cannot drop their ball that is nearer to the pin from their ball’s point of entry. Instead, they will need to drop further away from the flag.

What do you think about these additional golf rules and changes? Are they better and do you think that these changes will improve the experience of playing the sport?

If you feel like we have left some golf rules out, please let us know in the comments below.

Can check out this content – Top 5 Golf at Home Items you should have. Or if you’re looking forward to improving your flexibility you can read our article – Golf Stretches and Flexibility Exercises to Improve your Game!!!

Golf Fitness: How to Maximize Performance 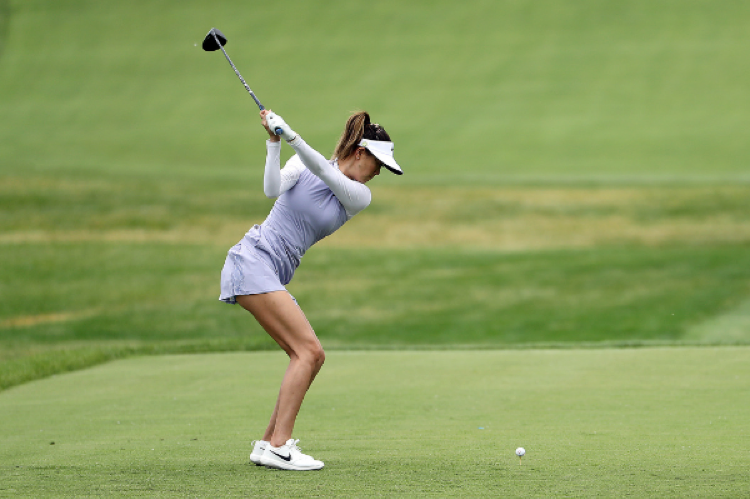 Golf Balls: Everything You Need To Know

Golf Fitness: How to Maximize Performance

Golf Balls: Everything You Need To Know