An albatross is something in golf that most golfers will never be lucky enough to make. This scoring concept, which represents three strokes under par on a single hole, is extremely difficult to achieve. A hole in one is a 12,700 to 1 chance. An Albatross is a 6,000,000 to 1 chance.

Scoring an albatross on a given hole calls for a par-5 hole to be played. This achievement would actually be considered a hole-in-one rather than an albatross if you were to hole out three shots below par on a par-4.

In order to achieve this, you will need to sink your second shot on a par-5 hole. This feat would probably take accuracy and luck with a second shot that is probably 200 or less yards from the green.

In a tour event, many professional golfers have scored an albatross, but the list remains comparatively small compared to the number of holes played collectively by all the golfers in the history of the PGA Tour and LPGA Tour.

Jason Kok got his first-ever Albatross at the Par 5, Hole 17 at Kelab Golf Perkhidmatan Awam on Friday 13 Nov 2020. Carried the ball 300M over the water, then a 9 iron for the remaining 150M. Last someone got an Albatross at KGPA was 13 years ago!

Jason Kok been using & supporting Deemples app for a long time. Recently he also invested into Deemples app, which golfers use on a daily basis to find games, and make new golfing friends.

Congratulations Jason Kok on your amazing feat from the Deemples team!

A place where we share our journey, updates, promotions, announcement, and more. 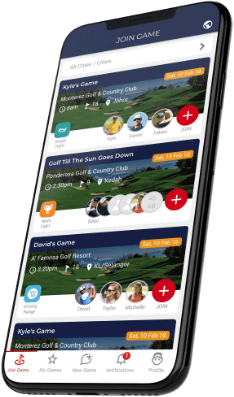